KEY FEATURES OF THE RIVER BASIN

The Pyanj River forms the 1,200 km long southern border of Tajikistan with Afghanistan and flows in the Amu Darya River downstream of its confluence with the Vaksh River below the Pyanj town. Pyanj is the longest and largest river of Tajikistan and is fed from a number of areas the largest of which are Pamir, Gunt, Bartang, Yazgulem, Vanj and Kizilsu.

The Pyanj River Basin is the largest of the six basins in Tajikistan (see Figure 1) with a catchment area of about 114,500 km2 to a point immediately above the confluence with the Vaksh river of mainly mountainous terrain in the south and east of Tajikistan and in northern Afghanistan. The catchment is located about 60% in Tajikistan, and 40% in Afghanistan. The river source lies in the Pamir mountains at an altitude of over 7,000 m, dropping to a level of 330 million at the confluence with the Vaksh over a distance of 921 km. 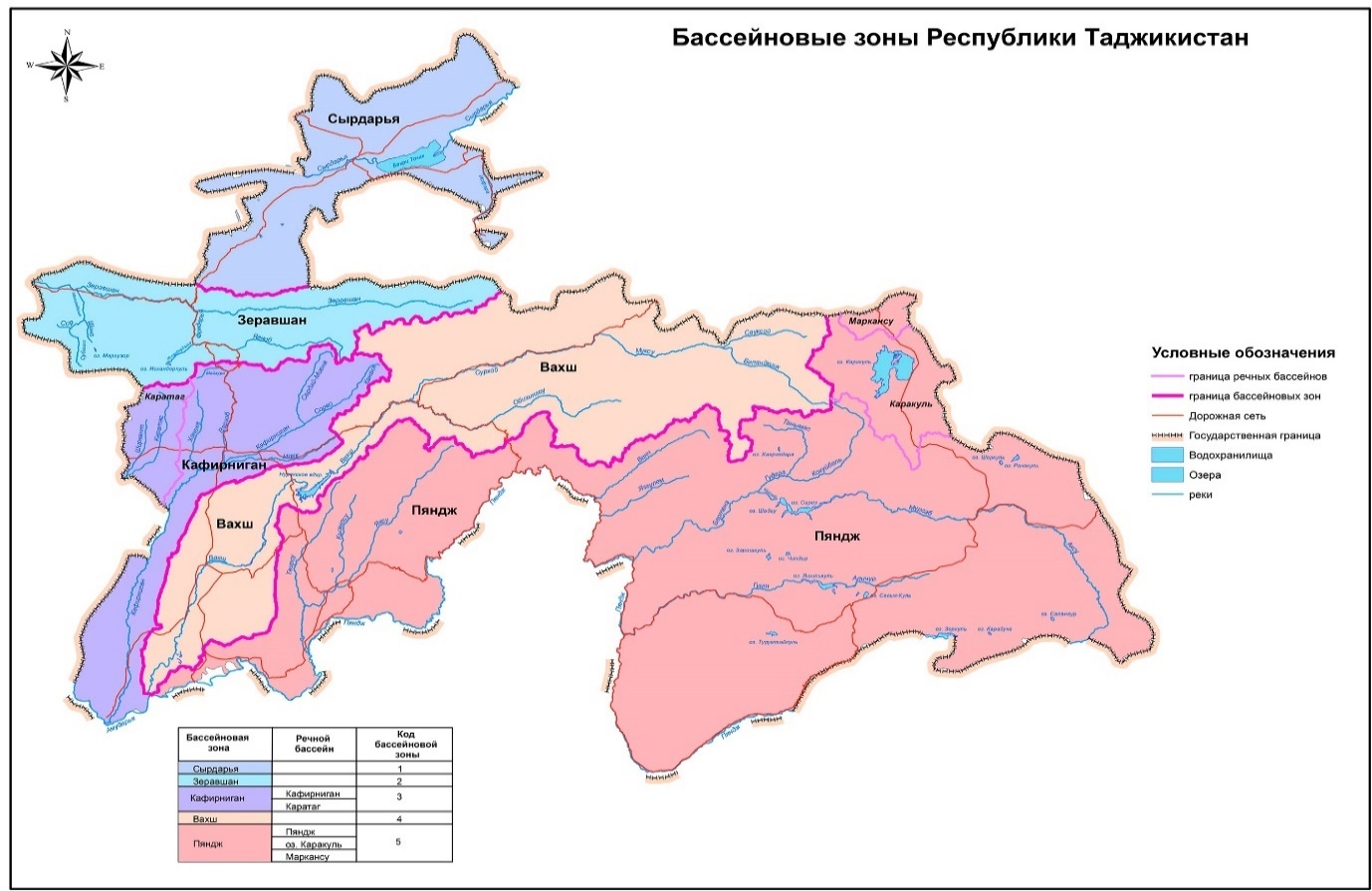 The main tributaries of the Pyanj River system in Tajikistan are westward flowing rivers of the Gorno-Badakshan region (the Gunt, Bartang and Vaksh rivers) and the Kizilsu/Yaksu River system of central Tajikistan which merges with the Pyanj River near Farhor. The Kizilsu and Yaksu Rivers drain the southern slopes of the Vaksh mountain ridge, flowing southwards through the Kulyab Water Resource Zone (WRZ) with extensive irrigated farmlands before merging with the Pyanj River. The general map of the basin is shown below. 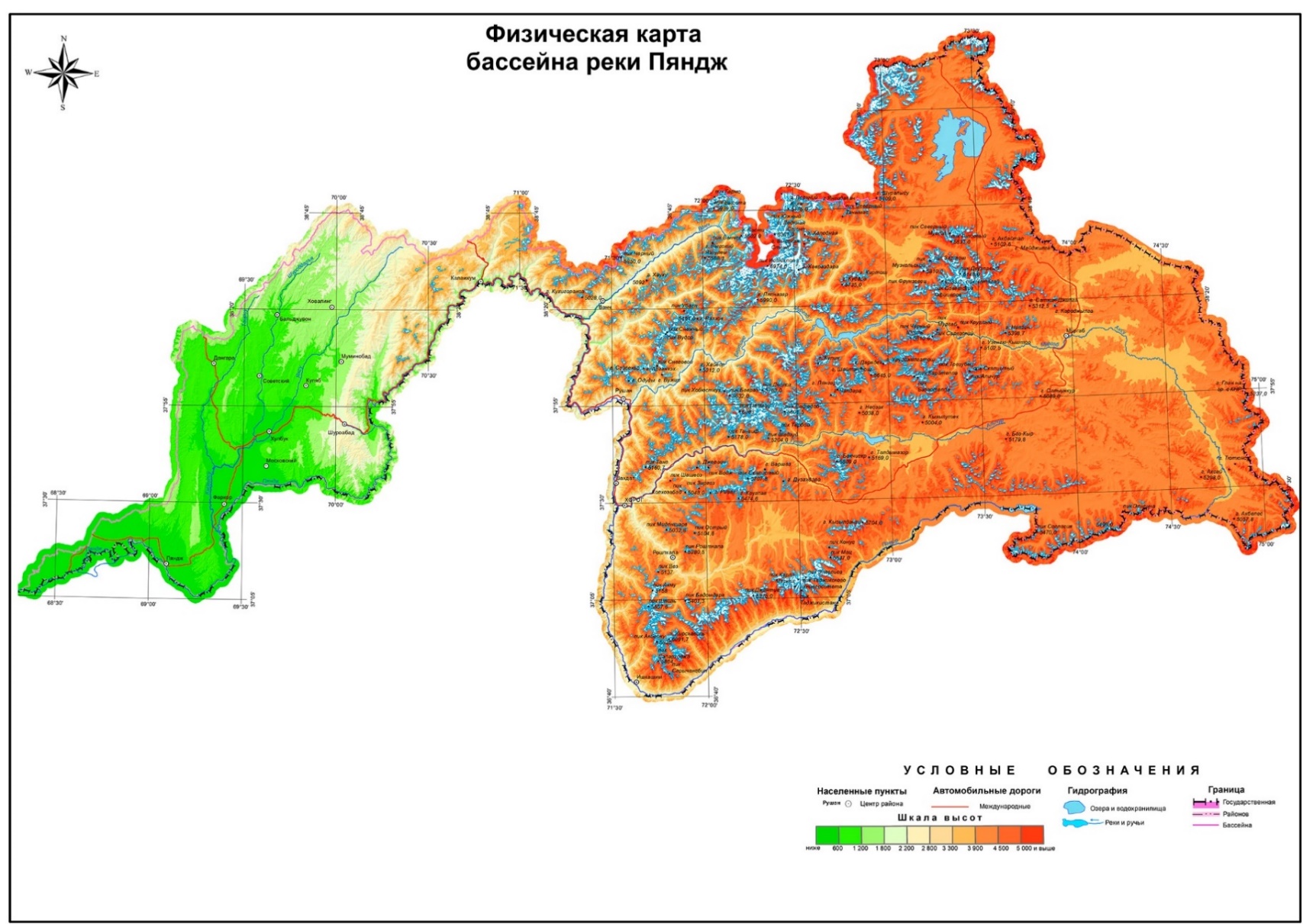 Sub-division of the River Basin

Geographically, the basin is made of a number of distinct topographical and climatological zones, namely:

Steep catchments draining into the Pyanj River directly from high mountain areas. These comprise large tributaries (the Gunt meeting the Pyanj at Khorog), the Bartang, the Yazgulam, the Vanj) plus numerous small tributaries

The relatively lowland catchments of the tributaries Yaksu, Kizilsu rivers draining areas to the north and west of Kulyab, and

The lowland floodplain areas of the Pyanj in the Hamadoni/Farhor and Pyanj areas.

The Basin and its tributaries can therefore be sub-divided into distinct sub-catchment areas:

The small southerly-draining direct tributaries of the Pyanj draining the Pamir mountains within Ishkoshim District;

The Gunt sub-catchment (including the Shahdara river);

The small direct tributaries of the Pyanj draining the Khazrati-Baba ridge, generally in a south-easterly direction; 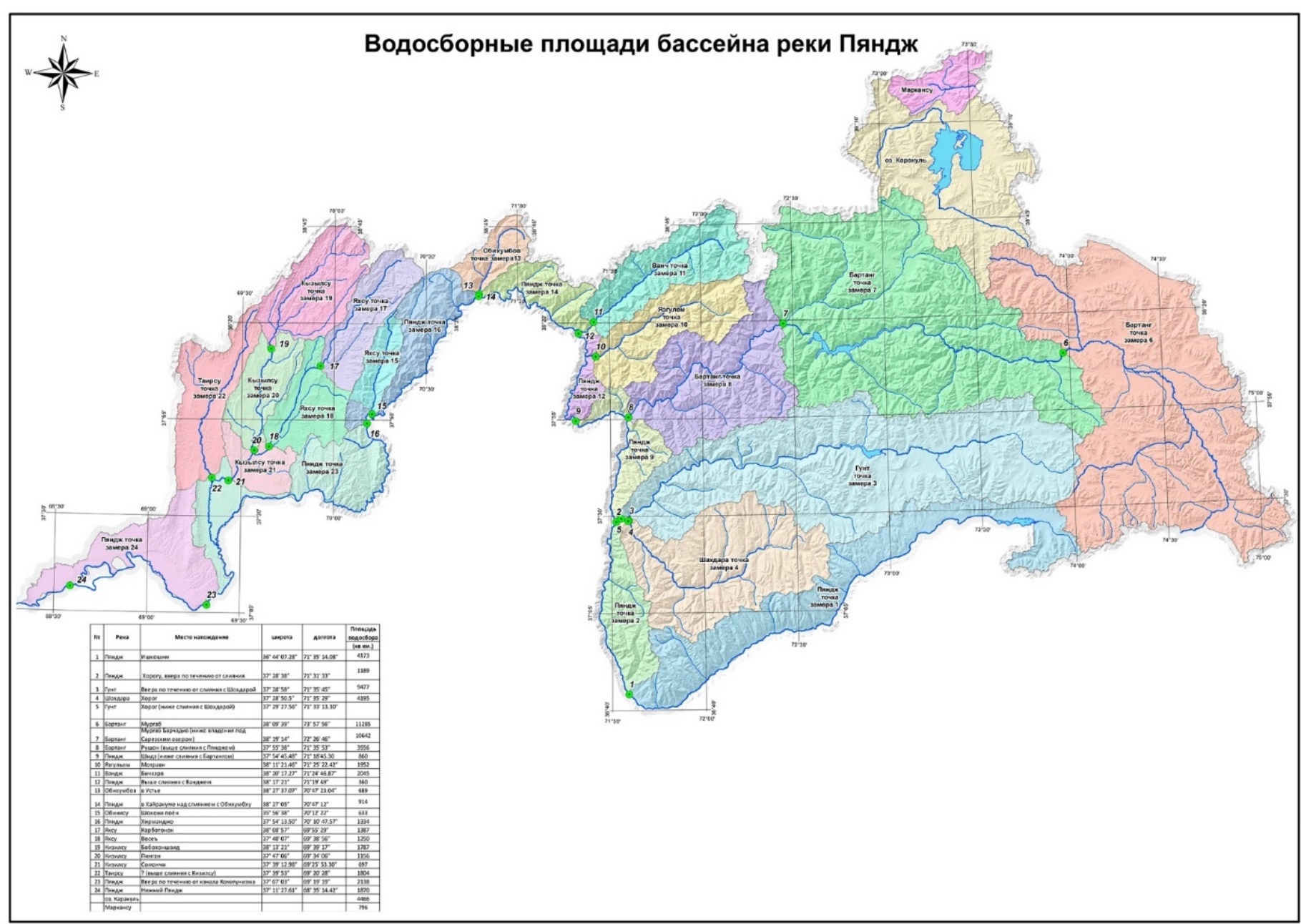