Administration: Some 15 measures are proposed to improve integration of drought management efforts, and improve information on droughts and understanding of droughts amongst the population of the country;

Training: Two recommendations are made with objectives of improving the availability of key specialist knowledge for addressing drought issues, and improving understanding of droughts within the general public;

Studies: Recommendations include three specific studies to be undertaken to improve knowledge of water resources, the role of windbreaks in the reduction of evaporative losses and the impact of climate change on the productivity of key ecosystems in the country;

Forestry: Two recommendations are made for changes in forestry management as a means of conserving water in times of drought;

Pasture management: Two recommendations are made to work to improve management of pastures and improve understanding of how pastureland can be made less vulnerable to droughts;

Public health: There are three recommendations relating to public health – improved management of potable water supplies, improve quality control of agricultural produce and increase protection and facilities for those exposed to high temperatures during drought periods;

Finance: There are four recommendations relating to funding and finance – two address tariff systems for provision of water, one addresses social insurance funding and one addresses remuneration for labor work.

DROUGHT CHARACTERISTICS IN THE PYANJ BASIN

Once in 3 years in South and southeast Tajikistan, including Danghara and Kulyab districts;

Once in 4 years in Eastern Tajikistan, mostly the GBAO regions. 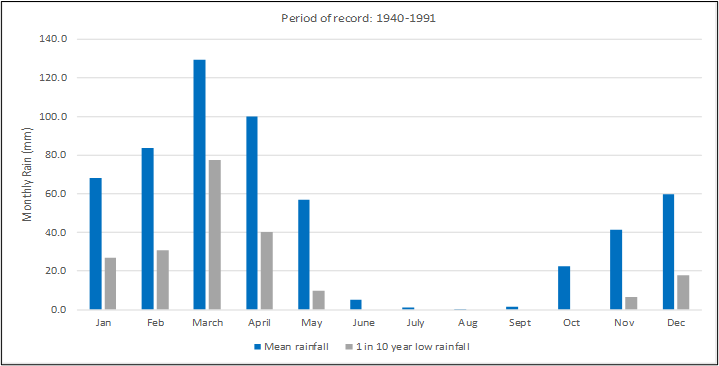 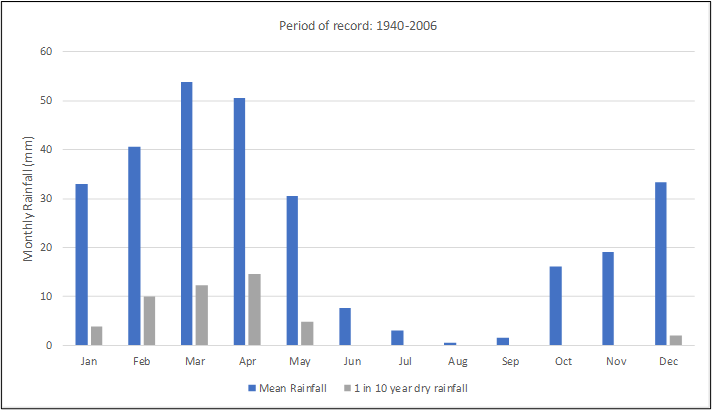 “The project will establish an early warning system to enable the CESCD to issue timely warnings to local authorities, communities, and other stakeholders covering disasters such as floods, droughts, avalanches, and mudflows”

Control of Water Use in Times of Drought

Poor delivery efficiency in irrigation systems where canal structures leak water, and lining of canal systems are inefficient or non-existent;

Low on-field water application efficiencies for irrigation, with excess water applied to fields and allowed to flow into drains, and other inefficient practices;

Lack of uptake of efficient irrigation technologies and agricultural practices;

Leakage in piped water supply systems for domestic use;

Irrigation canal system reconstruction to reduce seepage and other losses, and to provide better flow regulation and measurement, and increase number and accuracy of flow measurement sites;

In-field improvements to improve water distribution and reduce in-field losses, to promote agricultural practices to improve water use and to invest in more efficient water delivery systems such as drip irrigation systems, use of sprinklers, greenhouses and other techniques to reduce water loss.

Control of Water Use

Use of mobile pumping units to abstract water from other surface water sources, such as lakes or drainage water or rivers and streams that are not regularly used for water supply;

Promoting re-use of water where possible, such as “grey” waste-water for irrigation purposes (for crops where use of grey water does not present a health hazard);

Use of temporary pipelines (or similar conveyance systems) to bring water into a drought-affected area from outside where water is more plentiful.

Preparatory work to identify where wells can be drilled, the design of such wells and work to estimate the yield of such wells when they are constructed;

Access to drilling rigs to construct such wells (either by contracting agencies with drilling rigs with agreement that they will make such equipment immediately available in time of need – or else procurement of such rigs to hold in store until emergency arises with access to skilled operators to work the rigs);

Access to materials needed for well construction – including pumps and motors and pipework to deliver water to where it is needed. Again, this might be procured in advance and held in storage, or with agreement for rapid supply by those with such materials in store in time of urgent demand.

Development of state policy at national and regional levels on water resource allocation;

Strengthening of interdepartmental collaboration in drought forecasting and improvement of system of early drought notification;

Conducting regular trainings and development of clear mechanisms of interaction of local authorities and population during droughts; and

Establishment of Scientific Coordinating Board on Droughts.

Portable water treatment facilities to make sure emergency additional water supplies are wholesome and potable; and

Emergency standpipes to be used where measures are needed to reduce urban water supplies.

Understanding of Hydrology of Droughts

Providing information which can be used to take ameliorative actions;

To mobilize efforts to mitigate the impacts of drought – such as work to harness additional sources of water, or to regulate use of water during the period of shortage; and

Providing information to the public to advise on the need to conserve water, and take steps to avoid wasting water.

Placing emphasis on crop and water management in these areas;

Improve agricultural extension services to these areas, providing more explicit and focused advice on improved water management and appropriate crop selection in these areas; and

Improve crop varieties including wheat that is more drought-resistant and could be sown in both winter and spring.

Roles of Communities in Drought Relief and Recovery

Initial phase: warnings and preparations for the drought;

Efficiency of water use phase: prioritizing uses of water and conserving water in anticipation of drought and during drought;

Relief phase: assisting those impacted by water shortages: supplying water from alternative sources, provision of food to replace lost subsistence crops and the like;

Recovery phase: re-building after the drought – long-term food aid, seeds for planting for next season, cash compensation for lost livelihoods and the like.

Work to strengthen capacity of ALRI and KMK and improve their ability to manage water resources in the basin, include improved planning procedures for water management in times of drought.

Improvements to the management and performance of irrigation systems, through “strengthening of I&D system planning” and “rehabilitation and modernization of prioritized I&D infrastructure”.

Measures to improve planning and performance of water supply and sanitation systems.