Climate of the Pyanj River Basin

Tajikistan’s climate is continental, subtropical, and semiarid, with some desert areas. The Köppen climate classification map of the country is shown in Figure 1. The climate changes drastically according to elevation, with temperatures falling, snowfall occurring more frequently, wind speeds and precipitation increasing. 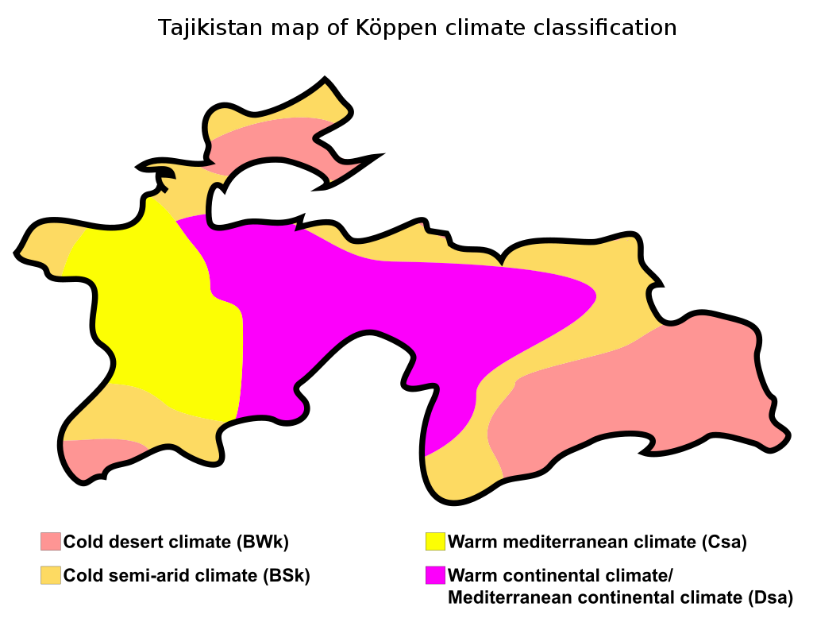 Average annual rainfall across Tajikistan is shown in Figure 2. Temperatures in Tajikistan reflect altitude mostly, with severe and extended cold in the mountains of the Pamirs, and milder climates without severe winters in the southwest of the country – see Figure 3. 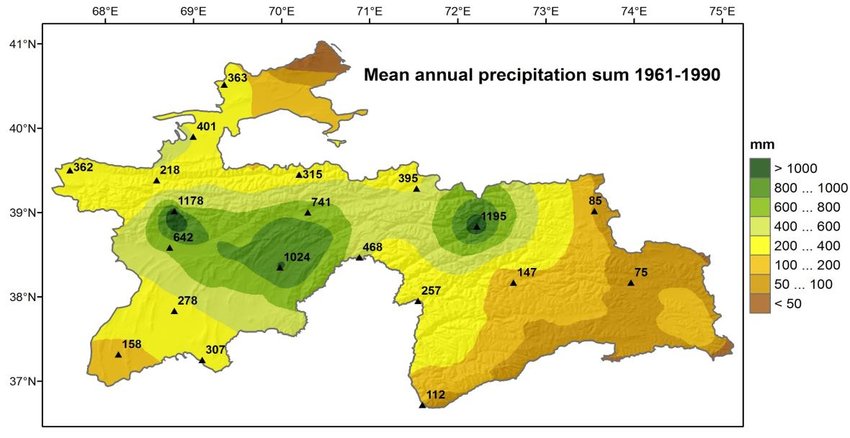 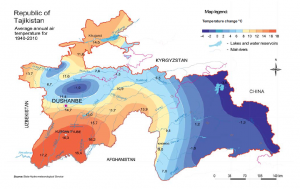 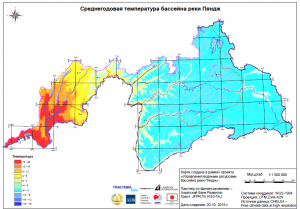 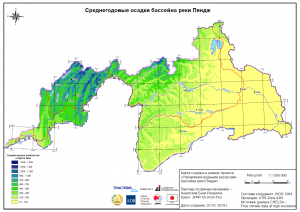 The basin and its water resources are expected to be impacted by changes to the climate brought about by anthropological impacts on the global climate systems. In general, the impacts of climate change are likely to be felt in a number of areas – as illustrated in the following figure. 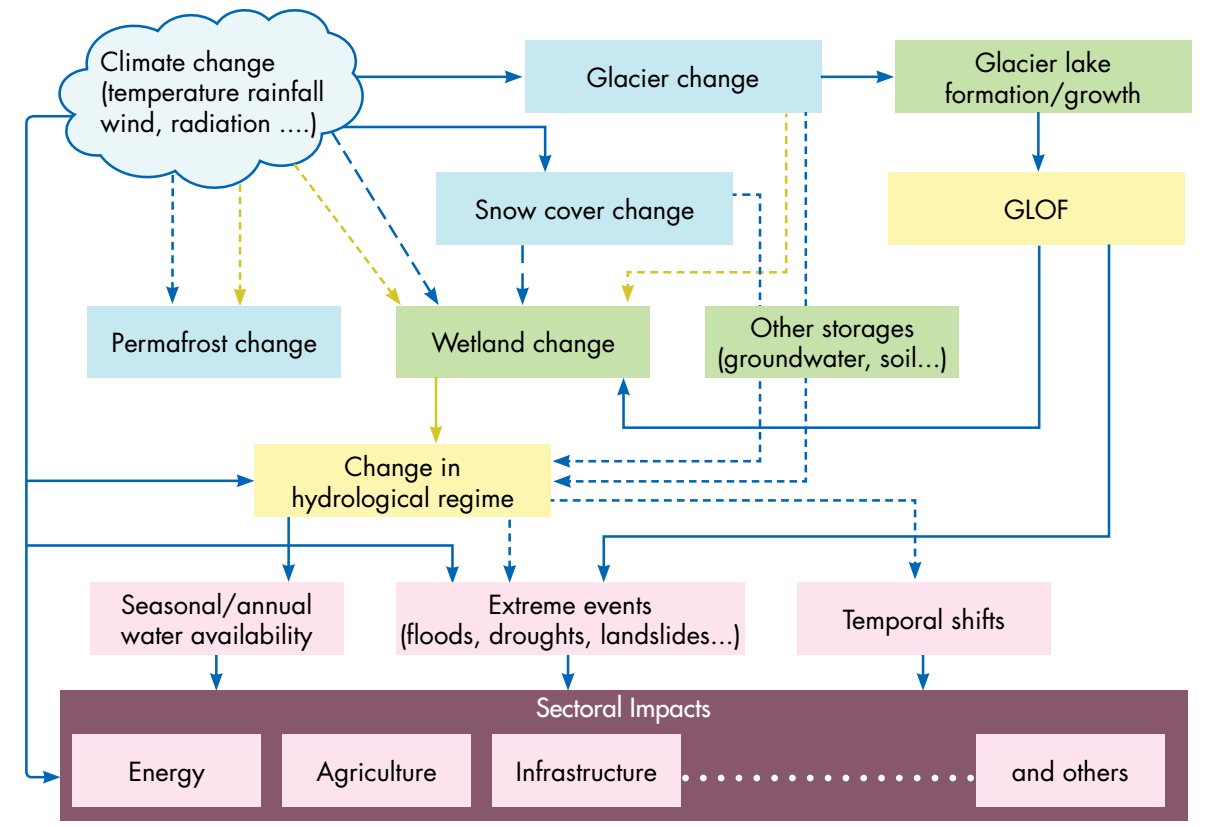 Source: Impacts of Climate Change on the Cryosphere, Hydrological Regimes and Glacial Lakes of the Hindu Kush Himalayas, Lutz et all., ICIMOD 2016.

The anticipated impacts of climate change for the Pyanj Basin can be summarized as:

Maximum and minimum daily air temperatures are likely to increase;

Annual potential evapotranspiration will increase due to the increase in temperature;

There may be a gradual change in the seasonal distribution of river flow, with high flows occurring earlier in the year due to earlier snow and ice melting caused by higher air temperatures.

The magnitude and frequency of mudflows and floods is likely to increase.