Administrative Division of the Basin

Table 1: Population of the Pyanj River Basin in 2018 (thousands) 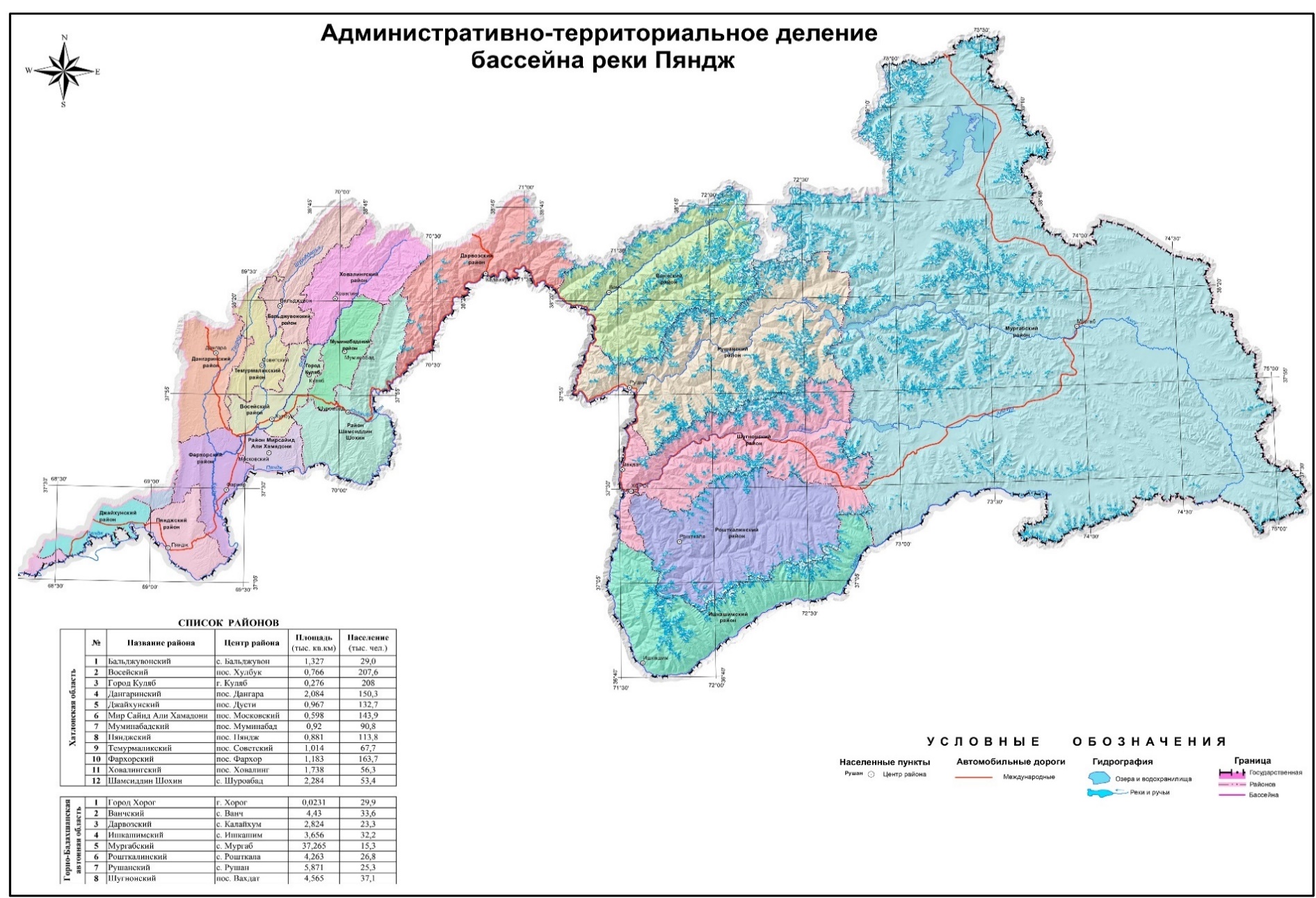 Table 2 shows the increase in population of the basin during the last 10 years.

Another important indicator characterizing the relationship between water use and demographic indicators is population density per 1 km2. It is the population density that is the main indicator of pressure on water resources, including irrigation and drinking water – see Table 3.

Table 3: Population density per 1 km2 in the Pyanj River Basin

The population forecast allows to calculate perspective indicators of pressure on water, both in terms of the demand for irrigation and drinking water. When calculating the projected population figures for the period until 2030, weighted average growth rates were used, both for the basin as a whole and for the rural and urban areas. This is shown in Table 4. 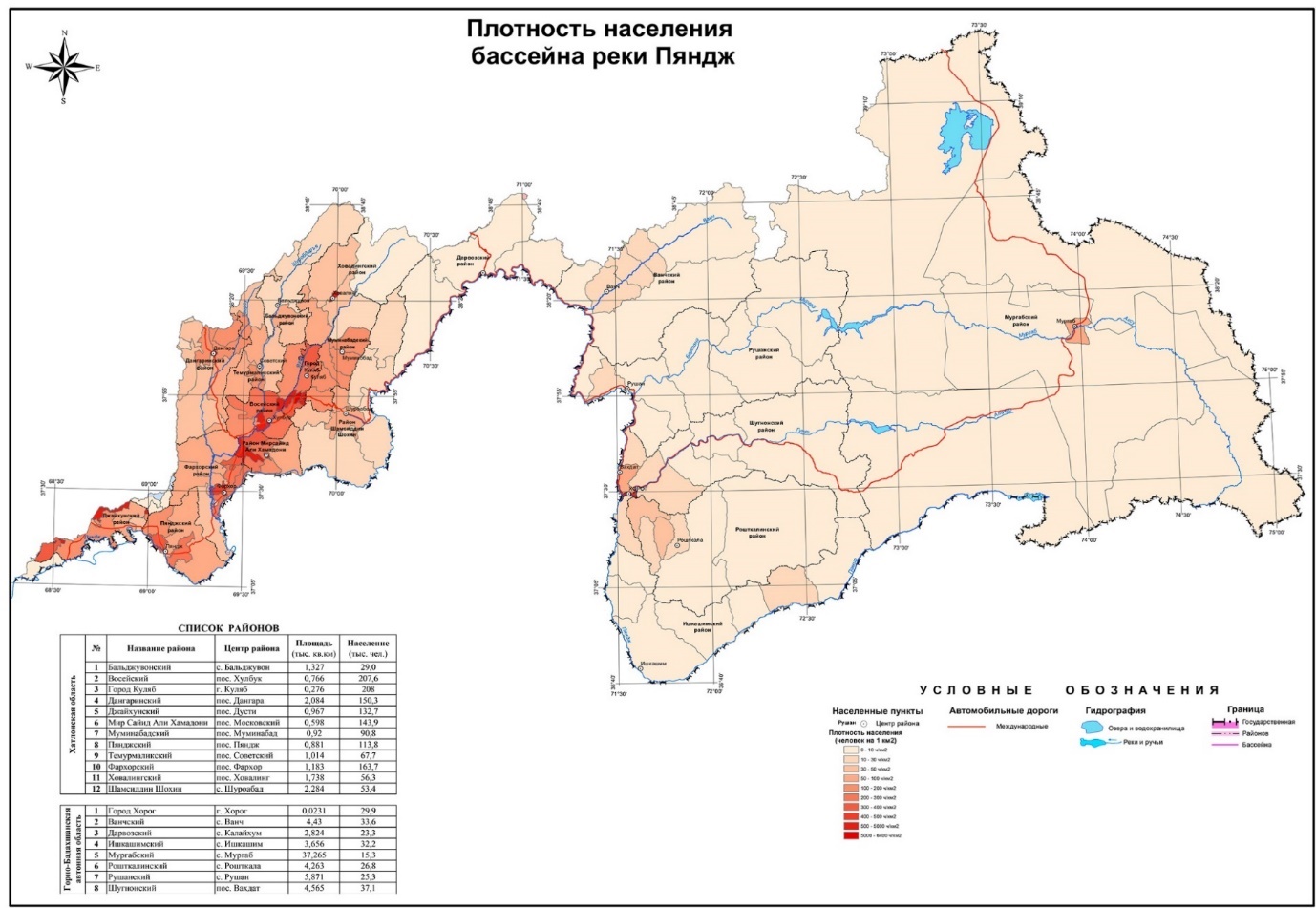 The increase in population with the unchanged area of the territories naturally increase the population density per square kilometer, which may affect the use of water resources. This is shown in Table 5.

Forecasts show that by 2030 a relatively high level of population density will be observed in the districts of Lower Pyanj WRZ – 161 persons/km2and in the Kulyab WRZ – 130 persons/km2.

Analysis of the labor market in Tajikistan, especially at the level of river basins due to the lack of accurate information is a very difficult task. The Agency of Statistics under the President of the Republic of Tajikistan mainly keeps records of the average annual population employed by workers and employees. Calculation of employment by the number of employed, does not take into account the level of employment in the private sector, labor migration, where most of the population in urban and rural areas currently works.

Based on the methodology of the Agency on Statistics, employed persons are those who have entered into a written employment contract, or a contract with the heads of enterprises for any form of employment. District statistics offices do not practically keep records of unemployed persons. Therefore, more reliable information on the employment of the population in both the formal and non-formal sectors of the economy can be obtained from employment level surveys at the household level. This information is summarized in Table 6.

Table 6: Number of Able-bodied and Employed by Water Resource Zones (2018)

According to from the Agency for Statistics under the President of the Republic of Tajikistan and programs of socio-economic development of the regions, the share of the able-bodied part of the population to the total population in the Badakhshan WRZ is 65.2%, in Kulyab – 56.8% and in Lower-Pyanj – 58.2%. The share of the employed population for hire in the number of the working-age part of the population in the Badakhshan WRZ is 20.0%, in the Kulyab Zone – 32% and in the Lower Pyanj – 28.2%. It is also necessary to take into account the level of labor migration in the basin, see Table 7.

Analysis of the employment structure for employment in the Badakhshan WRZ shows that the majority of the population is employed in the provision of services (92.4%), including in the education system – 43.3%, health care – 19.6%, wholesale and retail trade – 10.3%, public administration – 8.5% and 8.9% in the provision of public utilities and social services. Only 7.6% of the able-bodied part of the population is employed in the real sector of the economy.

In the Kizilsu/ Yaksu and Lower Pyanj WRZs, the majority of the population is employed in agriculture, in the Kulyab Zone – 64.4% and in the Lower Pyanj – 65.5%. The employment problems of the population, including its female part, continue to be one of the most acute and complex in Tajikistan. Most of the women work in low-paid areas of work: agriculture, education, health, etc. see Table 8.

In the Badakhshan WRZ, out of the total number of employed persons, 42% are women. The majority of women are employed in the education – 48.4% and health care – 27.4%.